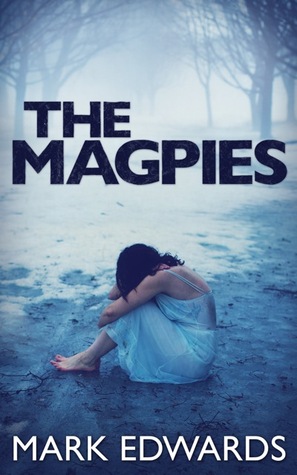 Mark Edwards. My favorite horror author, at the moment. This was his first book that I’ve read, and now I’ve also finished Because She Loves Me. That review will be up shortly.

All I can say is, reading this man’s books will not let you down. They are astounding, and full of great twists and surprises. Both books have had phenomenal twists all the way through and a growing sense of dread, of suspense. It’d be worth it to read it. Trust me. Either one.

Yes, there are sex scenes in this book. They all serve a purpose, though, unlike the one in Stephen King’s It. I mean, I guess it serves a purpose. But this is just different.

The main relationship between the two grows and strengthens, but you feel like it’s going towards the edge of a cliff, and very fast. Before long, you know exactly what’s going to happen, unless something changes. Does it change? I can’t tell you. All I can say is that this section of the book strengthened the story tremendously.

The main guy in this, Jamie, starts out as likable, friendly. He’s the kind of guy you’d want to meet and hang out with. But he starts to change. Gradually, barely noticeable, everything wears him down. The bulk of the book is told from his point of view, so we can see this.

His descent is frightening. His descent is expected. There’s nothing to do but watch and wait as he falls into a place nobody can save him from. This seems to be a theme of Mark Edward’s books so far, at least in the two I’ve read.

Mark Edwards is British. And he spells words in a better way than me. And that makes me happy.

Jamie seems so crazy at parts of this that I have to wonder if it was even real. That’s the only thing that the Prolouge cleared up for me. It proved it was real. Beyond that, it didn’t do much, but I’ll get to that in a minute.

I like to know that what I’m reading definitely was supposed to be real. This was not one of those books. I thought that it was a dream at times, or he was just paranoid.

There were a few times where the characters just rambled on from their point of view for, like, half a page. Of course, that’s half a Kindle page, but still. That’s a lot!

Instead of revealing the character through dialogue or actions, all I saw was a lot of character thoughts. And it wasn’t even thoughts. It was just the way they viewed the whole situation. Every chapter, there was a recap of the entire book up to that point. I generally skimmed these sections after the first few times. They were very obvious when I saw them.

The last chapter was fine. What I didn’t like so much was the prologue. It seemed pointless. Sure, it explained a few character’s lives after the events in the story, but mainly it just added word count. In the end, the main question left at the end was answered in Because She Loves Me about the bad guy (the main one). So it turned out alright.

This book was very enjoyable and a great story. It was unique, and that’s something not a lot of novels can say. If I was you, I would read this. If I wasn’t you, I’d still read it.

Turn the page. Trace the plot. Tempt the panic.