I’m super excited to announce that the highly-anticipated sequel to She: A Horror Novel is finally out!

Here’s a brief description for you, and some promotional advertisements 🙂 It’s gonna be good, so get your copy as soon as possible!

The nights grew longer and the streets became empty. There was nothing left in the city. What she had taken, none could restore. The terrible woman of the dark, who lived in the forest, who lived to destroy. She is a mystery; She was always mystery. And now She is back.

When Daniel Smith is lured home 20 years later, he has a family of his own and kids to care for. It’s been a long time away from Hardy, from the town where so much happened. There are demons waiting beneath every sidewalk and home -demons only he knows about.

Friends. Nightmares. Fears. Death. It all rises up from the murky past of the city.

Some things are meant to never come back.” 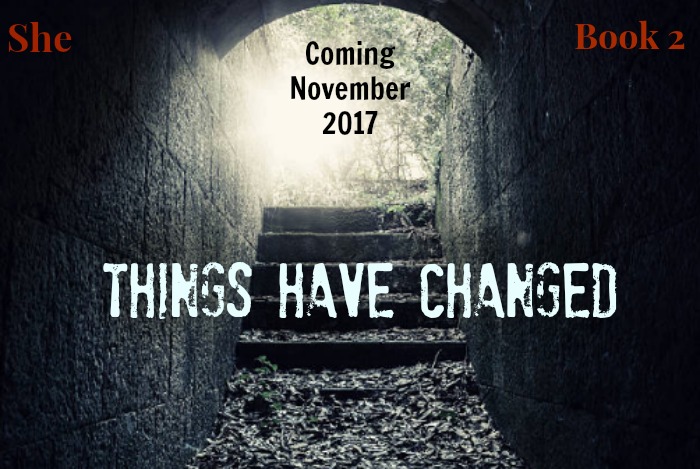