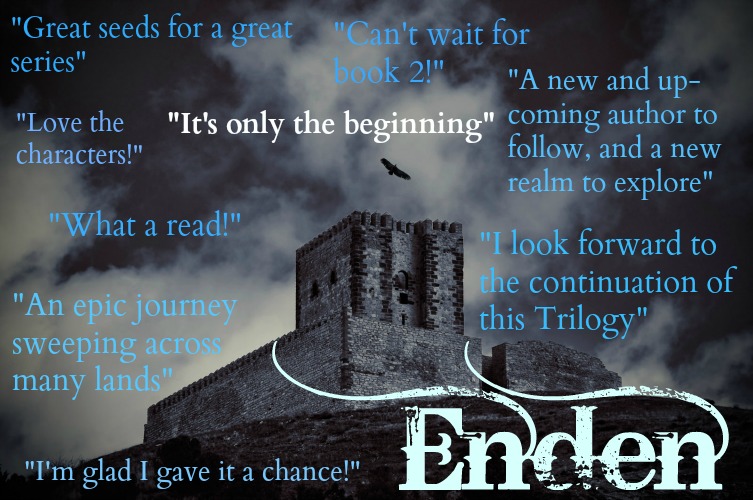 Enden: A Fantasy Novel
—
They have grown strong in the shadows, the kingdom of Oldon. The land is void of hope and of strength against them. The human kingdoms grow corrupt everyday, so that the lines between good and evil are slurred.

One young man from a small village in the valley could change all of that. He fights with the passion of a warrior and the luck of a magician. And when the barbarians force him out of his home, the journey begins.

Trained by a knight, shadowed with secrets, and against the kingdom he once called home, Jonathan is an outcast, a rebel. But more than anything, he is a leader.

Enden is a world filled with wars, famine, sieges, torture, and death. But the greatest battle of all is to survive. Only one thing is certain. Something is rising, in the distance near the edge of the world where forgotten secrets brew. Something has risen. And it is coming.